Read the March 2022 annual report of the Standing Committee to Presbytery.

Our members of the Standing Committee are: Tom Spurling, Chair of the Presbytery, has been a committed Christian since his days as an undergraduate at the University of Western Australia. He has been a member of St Luke’s Mount Waverley since 1970, where he has served in many roles including Elder, Church Council secretary, member of the finance committee and member of the Adult Growth and Development committee. He was Chair of the Council of the Jakarta Community Church from 1999 to 2001 when he was living in Indonesia.

Tom works one day a week at Swinburne University of Technology as a Professor of Innovation Studies and so is available to devote at least two and a half days a week as Chairperson. He worked for CSIRO until 2002. His last role there was as Manager of a World Bank funded project in Indonesia. At Swinburne he has been the Dean of Engineering, and the Director of two research institutes. He was elected President of the Federation of Australian Scientific and Technological Societies in 2006 and was a member of the Prime Minister’s Science Council in 2007. He was a CSIRO Board member from 2008 to 2015. He has been active in Timor-Leste assisting the chemists there establish the Timor-Leste Chemical Society. Fiona Winn is Minister with Armadale Uniting Church. Originally ordained in the Church of Scotland in 1994, Fiona was received into the UCA as Minister of the Word in 2007. She served in a team ministry at Ormond UCA for seven years, followed by a year on secondment to Synod office before a year of supply – six months in a Presbytery role – Mission and Education – and five months at Armadale where she has been in placement since 2016. For many years she has served on Presbytery’s Task Group for Formation for Ministry, as well as serving on the Synod`s Ecumenical relations Committee. From 2014-2017 Fiona was on VicTas Synod Standing Committee. She has mentored and accompanied candidates for ministry and accompanied those searching discernment for their future in the Church – especially within the UCA.

Fiona has a clear understanding of the role of being a general member of Presbytery Standing committee: the need to listen closely, ask questions thoughtfully, contribute appropriately and pray fervently! She understands the need to ensure that decisions are made with the topic, situation or circumstance fully interrogated and examined, and with the broadest perspective possible. She sees the role of a general member as supportive of the office-bearers and upholding the governance responsibilities and leadership authority of the Standing Committee within Presbytery and more widely within the Synod. Fiona has experience of being on Synod Standing Committee. She prepares well for meetings and is ready to contribute. She is committed to the life of the Church beyond the congregation and has had exposure to the wider Church, its graces and struggles and supports the interconciliar ideal.

The Deputy Chairperson role is a member of standing committee and key leadership position, working alongside the chair and other PSC members in the governance and ministry of the Presbytery. The deputy chairperson supports the chair, chairing meetings or presiding at Presbytery function when the chair is unavailable. Jeff Gardner, Presbytery Treasurer, is a member of Coatesville Uniting Church, and has had a career in information technology.As a youngster Jeff was a member of the East Bentleigh Presbyterian Church which, following a hiatus during my teenage years, he returned to after his marriage. Following Union in 1983 Jeff became a member of Coatesville Uniting Church and continues to worship there today. He is a member of the Church’s Community Care team, which provides assistance to those in the community who are in need. He has also been the congregation’s Presbytery Rep for the last few years. He became the church Treasurer and a member of the Church Council in 2003. In 2013 he volunteered as a member of the Presbytery Finance Committee, and in 2017 filled in as Presbytery Minister Administration for several months, during the PMA’s long-service leave. He has been a member of several Synod lead working groups around Data Warehouse and Online Surveys. He became Presbytery Treasurer in 2018.

The Treasurer’s responsibilities include being a member of the Finance Committee and its representative on Presbytery Standing Committee (PSC)In conjunction with the Finance Committee:
• Advise on all finance matters pertaining to the Presbytery
• Advise and support congregation/parish treasurers in performance of their duties
• Administration of the Presbytery’s funds including Interest Only Mission Fund (IOMF), Barbara Barrett Memorial Fund
• Liaise with Property Committee on spending on Presbytery Manse maintenance
• Establish the annual budget for Presbytery operations
• Provide regular financial reports to PSC regarding the state of the Presbytery finances and spending against budget.
• Establish congregation/parish Mission & Service contributions and assisting Synod in seeing these budgets are met
• Reviewing a congregations 5-year financial plan and making recommendations to PRC prior to the approval of a placement James Douglas, Chair of the Pastoral Relations Committee, is Minister with St Luke’s Uniting Church, Mt Waverley. He’s ‘born and bred’ UCA, having been 7 at the time of Union. He’s enjoyed focus on youth, youth groups, year 12 study camp and NCYC. He’s been a member of three congregations, and a Presbytery member in Yarra Valley and Burke as a lay person, then Barwon and Port Phillip West and East over the last 19 years as a minister. He’s served in roles as a Presbytery Liaison Person; on a Mission Strategy Committee; as a BOMAR representative; and in PPE, he’s spent the last three years as chair of Pastoral Relations Committee.

The Pastoral Relations Committee (PRC) has a central role in facilitating the functioning of placements in the Presbytery for those placements and the ministry agents who work in them. While much of its work is procedural and regulations based, its focus is firmly on the ‘Relations’ element of the title. The Chairperson has the role of coordinating the work of the PRC and liaising with the Presbytery Minister team, chairing meetings and representing the PRC on Standing Committee and at Presbytery Meetings. The role requires a knowledge of Placements processes; familiarity with the regulations; an understanding of the roles and responsibilities of the Presbytery Minister team; awareness of the skills of the members of the PRC
along with a willingness to call on these; sensitivity and discernment in dealing with situations of conflict or difficulty; an appreciation of the work of other committees of the Presbytery; a commitment to confidentiality and a love for the church across the Presbytery. Kelly Skilton, Chair of the Mission Leadership Development Committee, is a youth worker and university chaplain with Murrumbeena Uniting Church. Kelly Skilton is a young member of the Uniting Church and has grown up in the UCA. Currently she is the Youth and Young Adults Pastor at Murrumbeena Uniting Church. During this time at Murrumbeena, she founded a missional community called The Sonder Collective. She still directs this ecumenical community, where it continues to grow and is currently including 170 young people across 35 church communities.

Kelly has had lots of experience in developing leaders that have gone on to take significant roles within the life of the church and in wider society. She is passionate, agile, vision driven and searches widely to effectively engage missional responses in a proactive manner. Though she is forward-thinking, she still seeks to maintain the importance of liturgy, tradition and involvement of all members of the church community, from young to old(er). Working at Church, Presbytery and Synod levels with regard to church property responsibilities, maintenance procedures and implementation strategies, Gavin has developed an experienced understanding of the property responsibilities and roles for each of these councils. The regard for stewardship and utilization of property assets for which a congregation has ‘responsible body status’ to meet with Missional aspirations in and for the local community and the wider church, is a vital role for congregations to undertake. With his knowledge and understandings of these roles and responsibilities Gavin is able to clarify and assist both Presbytery Standing Committee and Church Councils in their decisions relating to the
missional use of church property. Ira Budiono has been a member of St Andrew’s Gardiner Uniting Church, formerly known as Mulgrave Uniting Church Indonesian Congregation, since her family came to settle in Melbourne in 1989. She felt welcomed and quickly became actively involved in the Youth Ministry and later in the Sunday School Ministry, as well as serving as a pianist within the music team. After working overseas for a few years, she came back to Melbourne in 2000. She served in the same church in various capacities and joined the Bible Study Fellowship (BSF) which had deepened her love for God, His words and His people. She hopes that the opportunity to serve with people from different church backgrounds in BSF has helped her to be more compassionate and understanding in her roles at church. She served as the Chairperson of the Church’s Council of Elders and in a number of different committees, however her passion still lies with the Children & Youth Ministry and the Music Ministry.

As a general member of Presbytery Standing Committee, Ira wishes to support the Presbytery and the wider church as best she can. She understands the commitment that comes with it and is relying on God to give her wisdom, and the willingness to listen and discern. 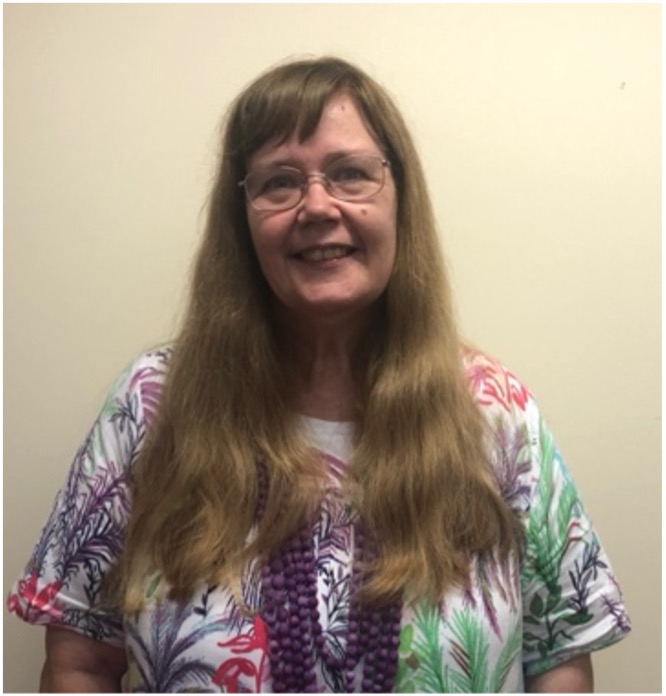 Joy Blamires has been a part of the Uniting Church from its inception having been a member of the Methodist church at the time of the vote on Church Union. She has had long-term involvement in three Parishes within the Uniting Church prior to her ordination in 2020.Joy has been a Lay Preacher since 1976, filled a variety of roles at a local church level including Secretary and co-chairperson of Church Council.She has a passion for life long Christian education and discipleship initiatives expressed through leadership of study groups and have had long term involvement in ministry to children and families. She participated in the past two Synods and has recently joined the Mission, Leadership and Discipleship Committee of this Presbytery. Joy is currently the Minister at St Mark’s Mornington and enjoying the process of gaining a greater understanding of the ministry and missional activities and possibilities on the Mornington Peninsula.